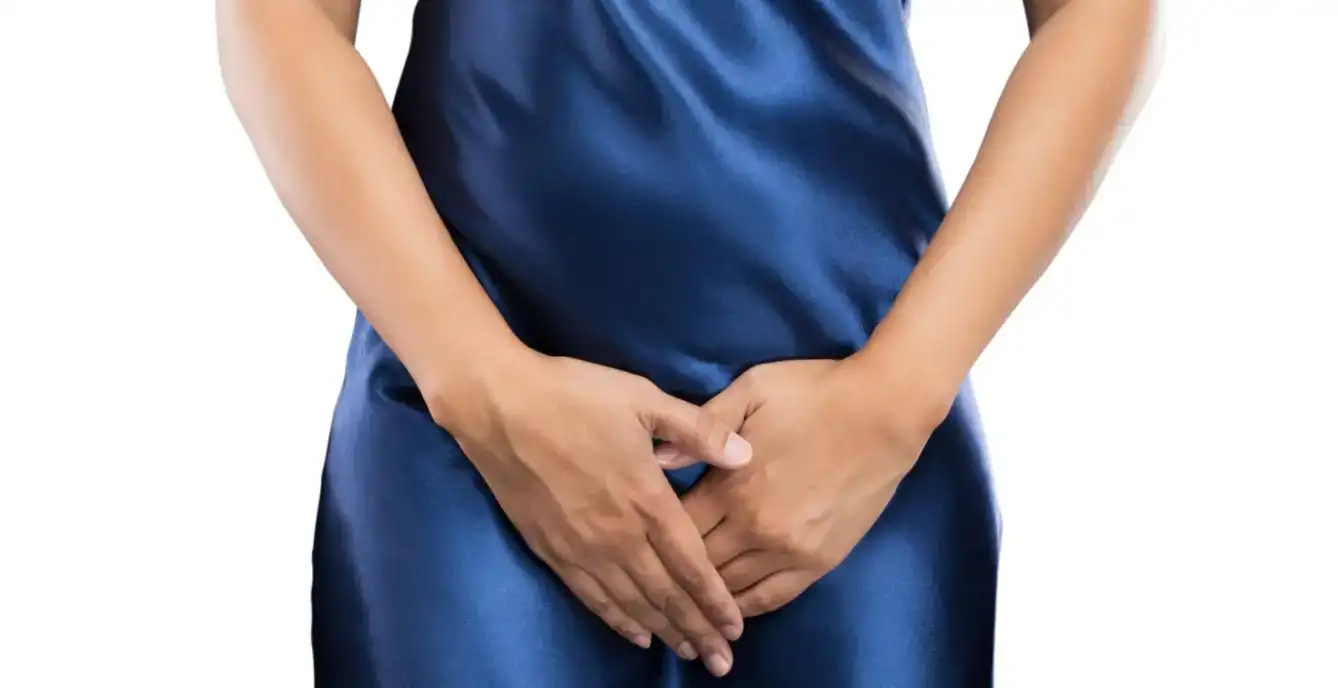 Brown discharge at 9 weeks pregnant - Is it normal?

Experiencing brown discharge at nine weeks pregnant can be disturbing. However, a vaginal discharge during early pregnancy is natural in most cases. Therefore, it should not be a cause of concern unless there are other symptoms.

A light-coloured or brownish discharge can mean several things, and one in four pregnant women experience it at some stage. Read ahead to discover the reasons for the brown discharge and know what to expect.

In most cases, a nine weeks brown discharge is a normal vaginal discharge with some amount of old blood. It shows that the actual bleeding took place earlier and is discharging later. The source may be a cervix or vagina. Brown vaginal discharge is usually normal and should not be a reason to worry.

Spontaneously resolving brown discharge lasting up to three days is usually because of changes in the vaginal pH. However, Brown's vaginal discharge may be because of certain physical activities like household chores, climbing stairs with a heavy load, or working out. In addition, a yeast infection may cause thick brown vaginal discharge.

Vaginal irritation can cause brown discharge. In addition, a pelvic examination or intercourse may cause soreness, resulting in some amount of brownish discharge.

A brownish discharge after sexual intercourse is usually because of friction that causes an injury to the cervix or vaginal tissues. It may happen if there is not enough lubrication.

Pregnancy makes cervical tissues more delicate. As a result, a pelvic exam may cause trauma to the fine lining of the cervix, leading to 9 weeks pregnant discharge, which may be brown.

The cervix is more sensitive during pregnancy as the body undergoes sudden hormonal changes, causing an increase in the flow of blood. As a result, it increases the probability of a brownish discharge following a minor irritation or injury.

Foul-smelling discharge is usually a sign of an infection, and one must consult a doctor for proper treatment. A Sexually Transmitted Infection or STI is a risk factor and needs urgent treatment with appropriate antibiotic therapy.

A brown discharge during the first trimester

The appearance of 9 weeks pregnant white discharge is not uncommon during early pregnancy. An occasional brown discharge may occur as the uterus releases old blood. A more common cause of a brown vaginal discharge during early pregnancy is implantation bleeding. It may appear a couple of weeks after the attachment of the egg to the uterine lining during conception.

A mom-to-be must adjust to several changes in her body occurring during pregnancy. The hormonal upheaval increases blood flow to the uterus and other reproductive organs. It causes these organs to become more sensitive, and a minor irritation can cause an injury and brown discharge. It is advisable to consult a doctor for a thorough checkup if there are other symptoms like pain and a foul odour.

When a mom-to-be should consult a doctor

Most nine weeks, pregnant discharge cases should not cause concern. It is advisable to look for the quantity and smell of the discharge. Visiting a doctor is advisable if the following symptoms are present with brown discharge:

You may also like: Ultrasound at 9 weeks pregnant: What to expect & what are the red signals? (mylofamily.com)

What should one do in case of 9 weeks pregnant discharge?

Monitoring oneself for accompanying symptoms like pain is necessary. It is important to discuss with the doctor during prenatal visits, even if the brown discharge was scanty and lasted for 2 or 3 days. The doctor may recommend tests like ultrasound and blood examination to know the cause of the 9-week pregnant discharge.