When can babies see and how far? 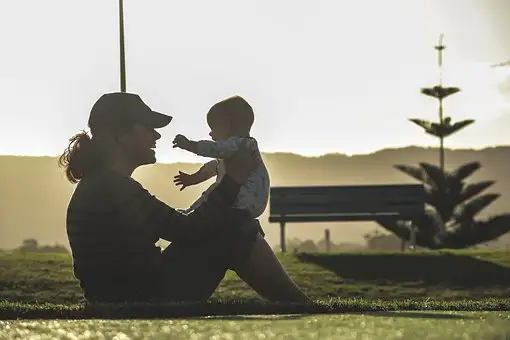 When can babies see and how far?

One of the important physical milestones of a baby is the development of his eyesight that is blurry after birth and gradually develops with the advancing months. The infant’s vision development is extremely crucial as it paves the path for your little one to achieve many other milestones.

When can newborns see

Newborns can see since the time they are born, but their vision is blurred or fuzzy [1]. After birth, most babies are cross-eyed because the inner corners of their eyes have additional folds of skin [12]. This cross-eyed look, however, goes away by the third month [21].

What can newborns see

A newborn’s vision ranges from 20/200 to 20/400 after birth [3]. An infant being nearsighted can only see things or people clearly when they are at a distance of eight to twelve inches from them. [2, 3]. As he has not mastered the art of fixing his vision on a particular object, his eyes will be wandering around the room. Your newborn will also not be able to make any eye contact with you [1].

Do babies see upside down

It is believed that newborns tend to see things upside down in their initial days. According to some researches, images first reach our brain through the eyes in an upside down manner. The former then flips them over so we see the images the right side up. But, the brain of a newborn is not yet practiced enough to flip the images, that may result in your baby having an inverted vision. However, there is no concrete studies about the fact.

When can babies see color

When their brain matures after the second month they start to distinguish between colors. Red is the first primary color that will catch his eyes once he begins to show the visual skill of identifying colors [4]. As he advances to the third month, he starts recognizing full spectrum colors such as orange, green, blue and pink. By the time he is six months of age, his color perception develops to a greater extent, with his visual acuity improving to 20/25 [5].

When your little one is about four or five months old, he begins to develop the skill of depth perception. His eyes can coordinate together to attain a three-dimensional perspective of the world, also beginning to understand the closeness and distance of objects [5].

Till this time, babies are usually unable to locate or trace the size, shape and position of a particular object. In fact, before the fourth month their brain do not develop enough to send signals to the hand for recognizing or grasping anything. After the development of depth perception, they can spot and track objects present in the room as well as understand how near or far it is from them [4, 5, 6].

How to help in your baby’s vision development