What to do if my child has measles? 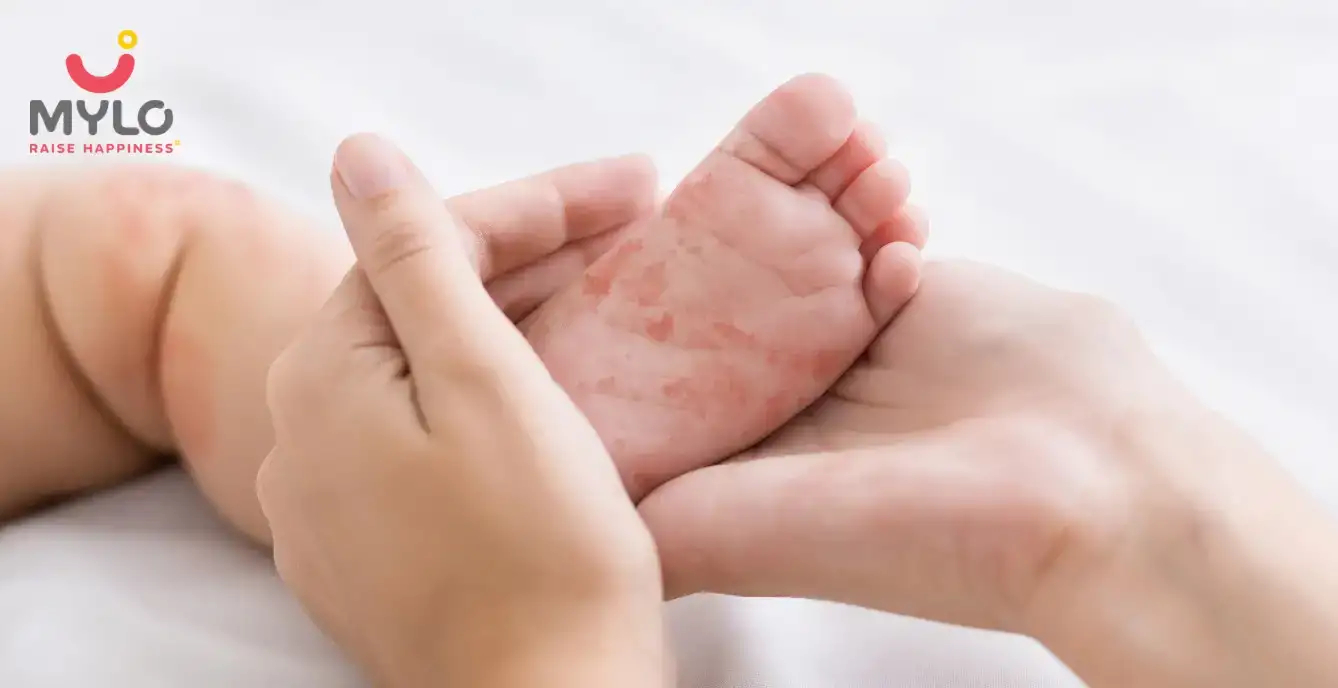 What to do if my child has measles?

Measles is a highly contagious and potentially deadly viral infection.

It starts like a bad cold with a characteristic measles rash appearing after a few days.

People who haven’t been vaccinated against measles are at the greatest risk of complications.

You can protect your child from measles by ensuring he gets the MMR vaccine.

The highly infectious rubeola virus causes measles. When someone who has the virus sneezes or coughs, tiny droplets containing the virus spray into the air.

The droplets stay active for a few hours in the air, or on a surface. If your baby comes into contact with these droplets, he can become infected.

Being in the same room for at least 15 minutes with someone who has measles, or having face-to-face contact with them, is enough to expose your baby to the virus.

If your baby hasn’t been immunised, and hasn’t had measles before, he's likely to catch it if he is exposed to it.

If your child has been vaccinated against the virus, there is a very small chance that he can still catch the disease, but he is much better protected than without the vaccine.

If your child has had measles before, he's probably already immune, and is very unlikely to get it again.

What are the symptoms of measles?

Although the characteristic measles rash is the most obvious sign, you'll probably notice that your child seems a bit under the weather before it appears.

It can take about 10 days for measles symptoms to show. The time between someone being infected with measles and then showing symptoms is called the incubation period.

Early symptoms of measles are similar to a cold or flu, including:

A more obvious early symptom is small, grey-white spots inside your baby's mouth. The spots may look like grains of sand or salt.

Between two days and four days after early symptoms appear, a red-brown blotchy rash develops. The spots may be flat or slightly bumpy or raised. Sometimes they join together to make larger patches.

The rash will first show on your baby's head or upper neck, before spreading to the rest of his body. It can sometimes be a bit itchy, but not always.

As the rash appears, your baby's fever may rise to as high as 104 degrees F. Your little one will probably feel most unwell during the first couple of days after the rash appears, then start to feel a bit better.

The rash will last for about five days. It fades in the order it appeared on the child's body. As it fades, it will turn a brownish colour and leave your baby’s skin dry and flaky. Along with the rash, your baby is likely to:

What should I do if I suspect my baby has measles?

Call your doctor right away if:

Also, talk with your doctor if your child has been exposed to the virus but has only had one of the two MMR shots.

You should check with your doctor even if your baby has been fully immunised (received two doses of the MMR vaccine) and has just been exposed to the measles virus. It's extremely unlikely that he'll come down with the measles, but you should still let his doctor know.

Because measles is very contagious, it's better to phone your doctor first, rather than going straight to the clinic. Your doctor might need to put some precautions in place, to reduce the risk of other patients catching measles from your child while he's there.

When you take your child to the doctor, she'll take a good look at your child's rash and ask about his symptoms. This will help her to work out if it's measles or something else.

How is a measles infection treated?

The type of treatment your doctor recommends will depend on your baby's age, and whether your child has received one dose of the MMR vaccine or both.

Be aware that once your doctor has confirmed that your baby has measles, there's not much you can do to treat it. Measles is a virus, so it can't be treated with antibiotics. The illness just needs to run its course.

Your baby should get better in a week or so. In the meantime, your doctor will suggest ways to treat the symptoms and ease your baby's distress.

How should I care for my baby if he has measles?

There's not a lot you can do to treat measles other than try to make your child more comfortable. These tips might help your little one feel better while he recovers:

Can measles cause any complications?

Most babies and children recover from measles without problems. However, some children may develop complications, and babies under one year are particularly vulnerable.

Let your baby's doctor know if he develops any of the common complications of measles. These include:

Common complications can turn occasionally serious, so keep a close eye on your baby. If he seems to find breathing painful, is struggling to take breaths, or starts to cough up blood, call an ambulance, or take him to the emergency department of the nearest hospital.

It's also common for babies and children with measles to have a febrile convulsion or seizure. If this happens to your baby, and he hasn't had a convulsion before, call an ambulance, or take him to the closest hospital.

Rarely, measles can also infect the nervous system, in particular:

Infections of the nervous system are medical emergencies. If your baby has a rash that doesn't fade, or he seems floppy and unlike himself, call an ambulance or go to the hospital right away.

How can I protect my child from measles?

The best way to protect your child against measles is to make sure he has the combined measles, mumps and rubella (MMR) vaccine. This is given as part of your child's routine immunisations. Your baby will get the MMR vaccine at:

The MMR vaccine is very effective after two doses.

While no vaccine guarantees 100 per cent immunity to everyone who's immunised, it offers your child the best chance of protection from infectious disease.

If anyone catches an illness despite being vaccinated, chances are it's less likely to be serious.

If your child has missed any scheduled immunisations, check with a doctor about an updated schedule.

Is the measles vaccine a live vaccine?

The MMR vaccine is a live-attenuated vaccine, which means it's a live virus, but it's weakened so that it won't cause the disease in your child.

The vaccine is the best way to prevent this illness. It prompts the body to create antibodies which will protect your baby against a real measles infection.

Some children develop a mild rash and fever after the vaccine, but it's uncommon and only lasts a few days.

If you have any worries about your baby's health, don't hesitate to speak to your child's doctor.