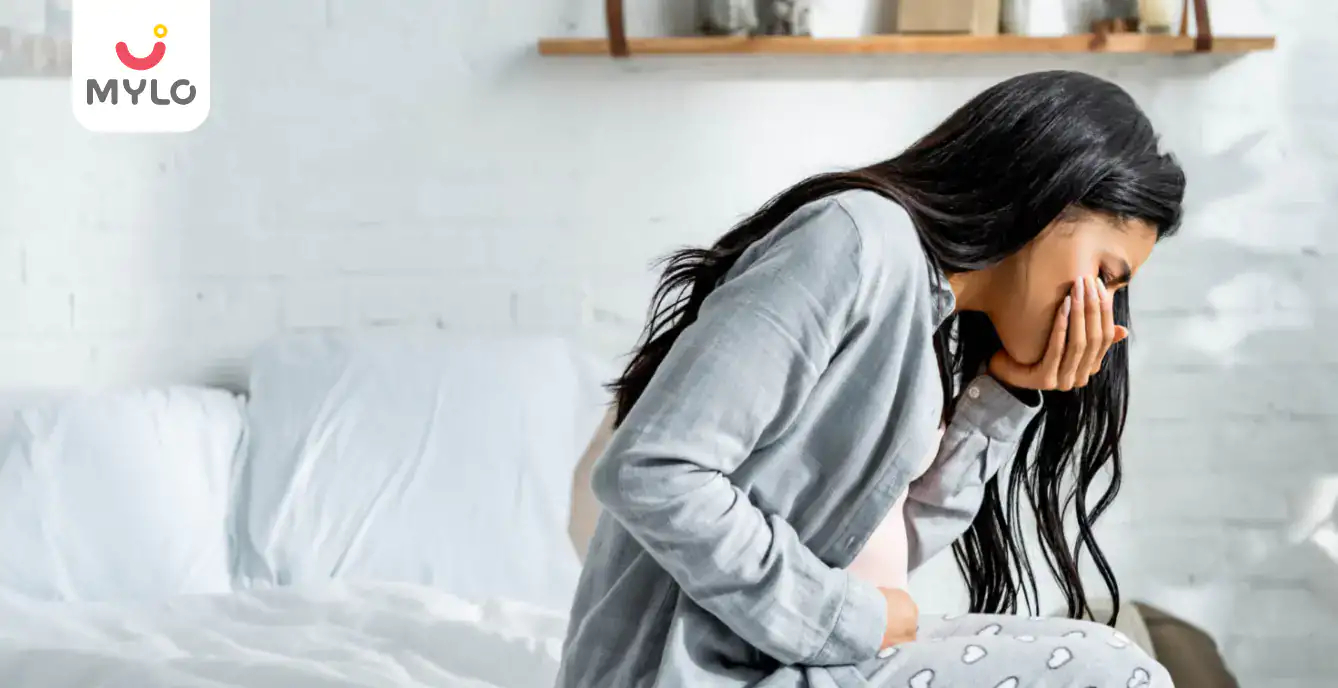 How many months is 10 weeks pregnant & what symptoms can you feel?

We know the three distinct phases of pregnancy as ‘trimesters’. If you are wondering how many months ‘10 weeks pregnant’ is, a 10-week pregnancy signifies the end of the first trimester, i.e., 3 months of pregnancy. Women are likely to have a lot more energy by the second trimester, and all those early pregnancy symptoms begin to disappear.

In the 10th week of pregnancy, the infant is experiencing yet another rapid growth spurt. Although the face is more recognisable in proportion, the head is still too large for the body. Although partially closed, the eyes can still respond to light. The mouth now has a tiny upper lip, the nose has two tiny nostrils, and the ears are starting to take shape. The jaw bone is also developing and houses teeny-tiny milk teeth for the kid. The heart beats 180 beats per minute or almost three times the heart rate of the average adult. The unborn fetus is currently around 30mm long from head to bottom, or the size of a small apricot. The baby will move jerkily, as can be seen on scans.

Symptoms of a 10-week pregnancy

One of the first noticeable things once a woman is 10 weeks pregnant, i.e., for 3 months, is a slightly rounder lower abdomen. At this time, fibre in the form of whole grains, fruits, and vegetables can assist, as do drinking lots of water and moving frequently. This is because the uterus, which keeps expanding, is now around the size of a grapefruit. If someone is 10 weeks pregnant and still unable to see her bump, she will soon be able to. She might also notice all the blue lines that have suddenly started crossing their breasts and abdomen on her skin.

Due to the activity of hormones, pregnant women may experience bloating, flatulence, or burping. At this point, the female hormone, progesterone, is simply doing its job by allowing the womb's muscles to loosen up so that it may expand in tandem with the developing child. The muscles in the digestive system also loosen up during this process, which can cause symptoms like heartburn.

Constipation is a first-trimester pregnancy symptom that is quite common. There are a few steps one can take to get through this. First, stay away from meals like refined white bread, grains, and pasta that will block the digestive system. Next, concentrate on fibre: choose fresh fruit, such as kiwis, which are good friends to those who are constipated, and whole grains, such as fibre-rich cereals.

Leukorrhea, a clear, odourless discharge, could become more prevalent due to increased estrogen production and blood flow to the vagina. Although it might appear slightly unpleasant, this stuff is merely how nature eliminates microorganisms. But if it is coloured, tinged with blood, foul-smelling, or uncomfortable, the doctor needs to be called.

The stretching of the circular ligaments surrounding the uterus often causes abdominal pain. The pain is benign but can be intense or dull. At the 10-week pregnancy mark, the breasts are expanding, the ligaments and muscles are also beginning to stretch inside the tummy, and some other drastic changes could be taking place. Women need to take their time rising and move as gently as possible. This could lessen how frequently the discomfort strikes.

It is normal to experience some aches and pains in the belly as it expands to make room for the developing baby. While some expectant mothers may not fully understand or even experience something called ‘round ligament discomfort’, others find it excruciatingly painful. The pain could be more pronounced if a woman is carrying twins when she is 10 weeks pregnant.

By week 10 of pregnancy, the woman’s breasts will have become bigger and may even be a little painful from preparing for breastfeeding for weeks.

When a woman is 10 weeks pregnant, nausea and vomiting are typical, but they do not always occur in the morning. The good news is that they should stop as soon as the second trimester begins.

The blue streaks serve as a crucial reminder that the body is producing extra blood to support the developing child. Due to the increased blood in the veins, spider veins are also noticeable.

A 10-week pregnancy means 3 months. By week 10, the baby will move from the embryo stage to the foetus stage. These two phrases by themselves describe several stages of development. Major organs like the brain, heart, and lungs, as well as arms and legs, are formed during the embryonic stage. These organs will continue developing. The baby's arm joints are functioning during the 10 weeks of gestation, and cartilage and bones are developing. The pregnancy is now ready to move into the second trimester.

You may also like: The list of essential things every pregnant woman must do in their second trimester. (mylofamily.com)