Blood beta Hcg test: What is it, levels & How to read it? 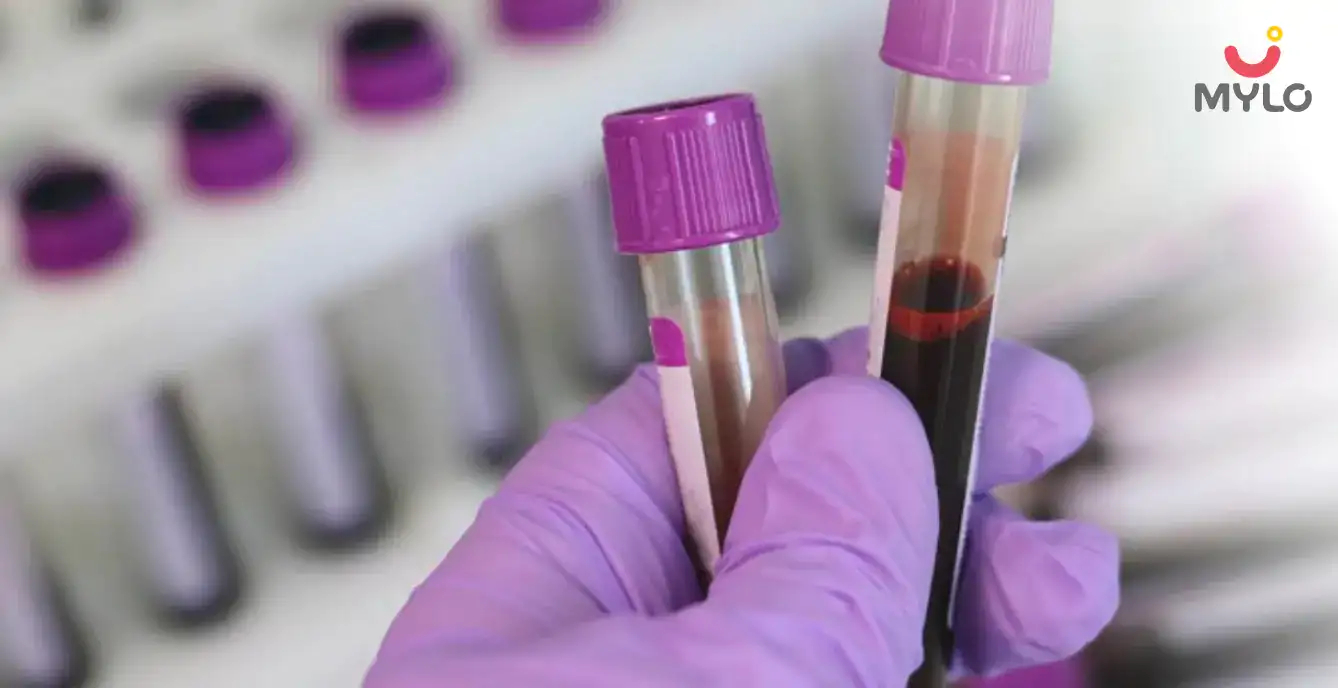 Blood beta Hcg test: What is it, levels & How to read it?

Suppose you are a woman who has been planning to have a child for a long time but can't wait for the pregnancy test kit to show you the results and are looking for something magical to give you the good news sooner well. In that case, there is one test that can help you detect pregnancy, usually within 10-12 days of conception! Which test is it? It is called the Blood Beta HCG test!

Proteins, hormones, and other substances in your body help determine whether you're healthy or unhealthy. Abnormalities in blood, such as high or low amounts of a tiny hormone, might have serious repercussions. HCG can detect various abnormalities and growths in the body, including tumours.

Human Chorionic Gonadotropin (HCG) is a hormone whose presence confirms a woman's pregnancy or if the baby inside has any kind of congenital disabilities. It also indicates if the reason behind the tumour is related to the hormone HCG.

In most cases, HCG levels let a doctor determine whether or not a woman has any abnormal growths resulting from abnormalities in the egg or sperm.

What is Blood Beta HCG Test?

Blood Beta HCG Test is a blood test that evaluates the concentration of human chorionic gonadotropin (HCG). An elevated amount of this hormone, produced as early as 10 days after conception, can prove pregnancy.

It can also be used to evaluate fertility treatments (synthetic HCG hormone is occasionally used to assist mature follicles and promote ovulation) and when there is a worry that anything could be amiss with a pregnancy.

There are two ways in which beta HCG test for pregnancy is performed- Urine test and Blood test. The hCG blood tests can be divided into:

A HCG Quantitative Test will help you know the exact quantity of HCG hormone in your blood. This test can also be referred to as Repeat Quantitative HCG Test or Quantitative Pregnancy Blood Test. This test could also help diagnose a few types of cancers but rare cases. The blood test guarantees that pregnant women do not undergo any treatments that could harm the foetus, such as X-Rays, MRIs, and Spinal testing.

Analysing the HCG levels in your blood can assist identify any issues, such as an impending miscarriage or an ectopic pregnancy. Indeed, HCG Quantitative blood tests can estimate the child's age and identify disorders like Down syndrome or Edwards syndrome.

Human chorionic gonadotropin urine testing is primarily used to screen for pregnancy. A fertilised egg attaches to the uterine wall about 10 days after conception, triggering a shift in hormone levels. An initial urine sample is taken to determine whether the woman is expecting. It is common for HCG-based pregnancy kits to be available at home. A blood test is significantly more accurate than a urine or stool test, and these tests are known to produce inaccurate findings.

This test can only give you results post one or two weeks after the egg fertilises. You can consider the HCG urine test similar to qualitative blood HCG as it only shows the presence of the HCG hormone but doesn't clarify the exact quantity of the same.

One good thing about beta HCG test for pregnancy is that it can detect pregnancy complications such as miscarriages. If this is the case, your doctor will repeat these tests once every two-four days to check the speed at which the hCG levels rise.

The pace of increase rather than the actual amount of hormone in the blood is more telling early in pregnancy. A high likelihood of miscarriage may be indicated by HCG levels that grow slowly.

Your doctor may order a blood beta-HCG test before or during your next menstrual cycle to evaluate if your fertility treatment was successful. HCG injections used to increase the odds of conception or as part of intrauterine insemination (IUI or IVF) must be carefully timed to ensure that the medication has cleared the body and does not interfere with the test results of women undergoing IVF or IUI.

Following are the other abnormalities that the beta HCG test can detect:

A weekly breakdown of HCG levels throughout pregnancy is provided in the below chart. HCG levels can rise and decline dramatically during the second half of the pregnancy, as shown in the figure below. The following is a typical week-by-week chart during the first trimester of pregnancy:

The following points will help you read the above blood HCG levels chart better:

What Are Low HCG Levels?

The amount of HCG in the blood depends on how far along the pregnancy is. If it persists, it may indicate a more serious problem that requires medical attention. A miscarriage, a blighted ovum, or an ectopic pregnancy are all possibilities. After 48 to 72 hours, your doctor may urge you to retake the test.

Here are a few causes of low HCG hormone levels in your blood:

What Are High HCG Levels?

A mistake of the due date could be the cause of elevated HCG levels. Higher than normal levels of the pregnancy hormone can potentially be an indication of multiple pregnancies or a genetic mistake during fertilisation known as a "molar pregnancy."