All that you need to know about Monkeypox: Symptoms, Prevention, Transmission & Treatment 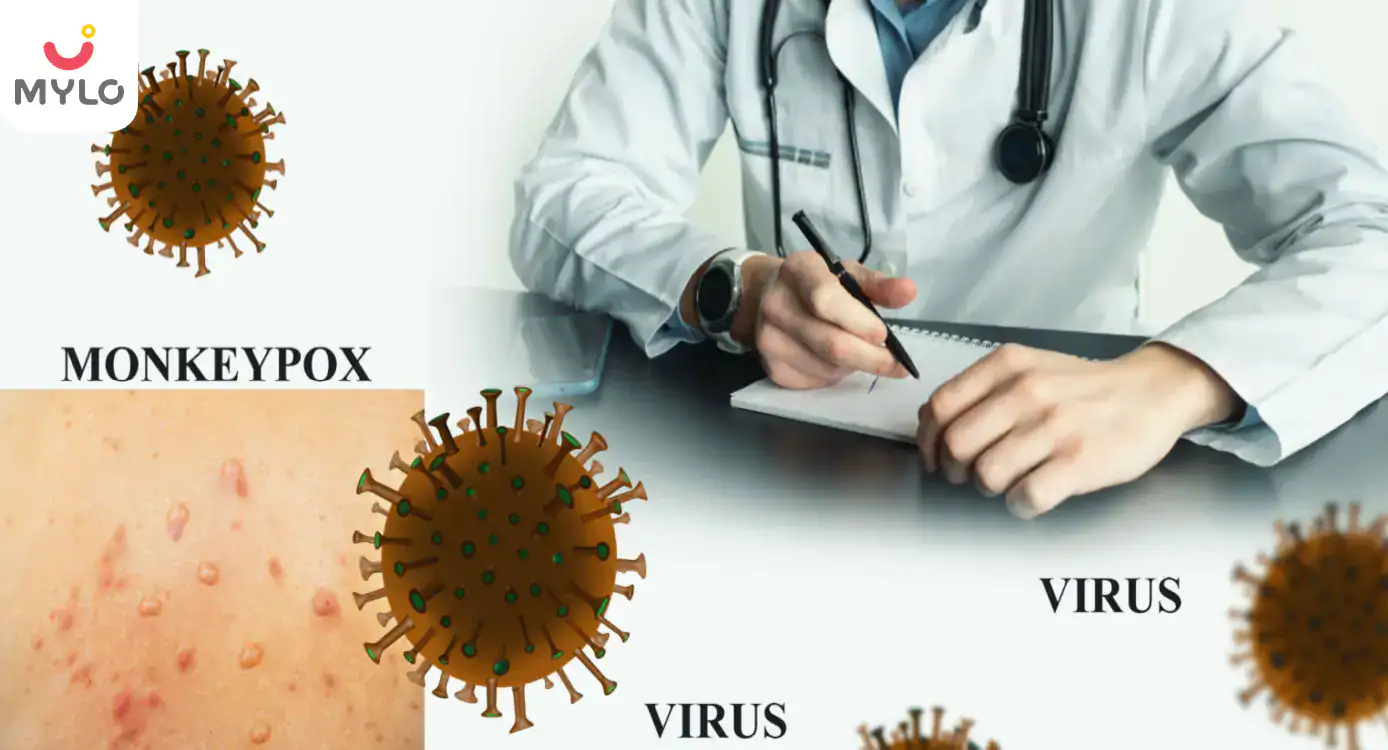 All that you need to know about Monkeypox: Symptoms, Prevention, Transmission & Treatment

It is a rare disease that is caused by an Orthopoxvirus which also causes cowpox and smallpox. It is a less severe disease and the first human case was detected in the year 1970. Although this virus was first detected in monkeys in the year 1958 in a Danish laboratory where a lot of monkeys, rats, and squirrels were kept for some research. The World Health Organization has warned everyone about this unusual spread of the virus as monkeypox cases are growing in numbers in various parts of the globe.

It primarily occurred in tropical rainforest areas of Central and West Africa. Recently, it has been reported in people of various countries like Nigeria, Cameroon, the Republic of the Congo, Sierra Leone, Central African Republic, Israel, Singapore, United Kingdom, United States of America, Cote d'Ivoire, Gabon, and many more. Nearly 100 confirmed cases globally have already been reported to WHO (The World Health Organization). These cases are linked to either international traveling or importing of animals.

The only difference between smallpox and monkeypox is that when a person is suffering from monkeypox then h/she suffers from swollen lymph nodes (lymphadenopathy) along with other medical complications. The symptoms can last up to 2-4 weeks.

Till now there has been no specific treatment approved for this ailment. Clinicians can only consider giving antiviral medications to people who are suffering from this disease or are at high risk of developing this contagion.

How does Monkeypox Spread?

It is easily transmitted by touching or having close contact between an animal and a human. The risk of transmission increases through a scratch, a bite, a rash, or sharing contaminated bedding and clothing with ooze-pus lesions, and respiratory droplets of already infected people/animals.

People living near forested areas are more prone to this contagious disease because they have direct or indirect contact with the animals. Eating inadequately cooked meat of already infected animals or using products made from the skin of already infected animals can also be possible factors of having this disease. Transmission can also occur when a healthcare worker is taking care of a patient suffering from this disease. If a woman is pregnant then it can also be transmitted from the mother to the fetus via the placenta. It is still unclear at this point whether this disease is transmitted through sexual relations or not.

According to experts, the vaccination of smallpox is approximately 85% effective in preventing monkeypox. Through several observational studies, it has been found that Cidofovir, VIG (Vaccina Immune Globulin), and ST-246 can also be used to control an outbreak of this disease.

The Ministry of Health and ICMR (Indian Council of Medical Research) is developing the guidelines for community awareness. Identification of sick people who returned from Monkeypox affected countries are put into strong surveillance and isolation is recommended. This disease is not dangerous at this point, however, the threat of mutation of the virus has paralyzed the world with fright. Some countries are developing policies to offer the vaccine to people who may be at high risk of getting this contagious disease be it health care workers, laboratory personnel, or rapid response teams.