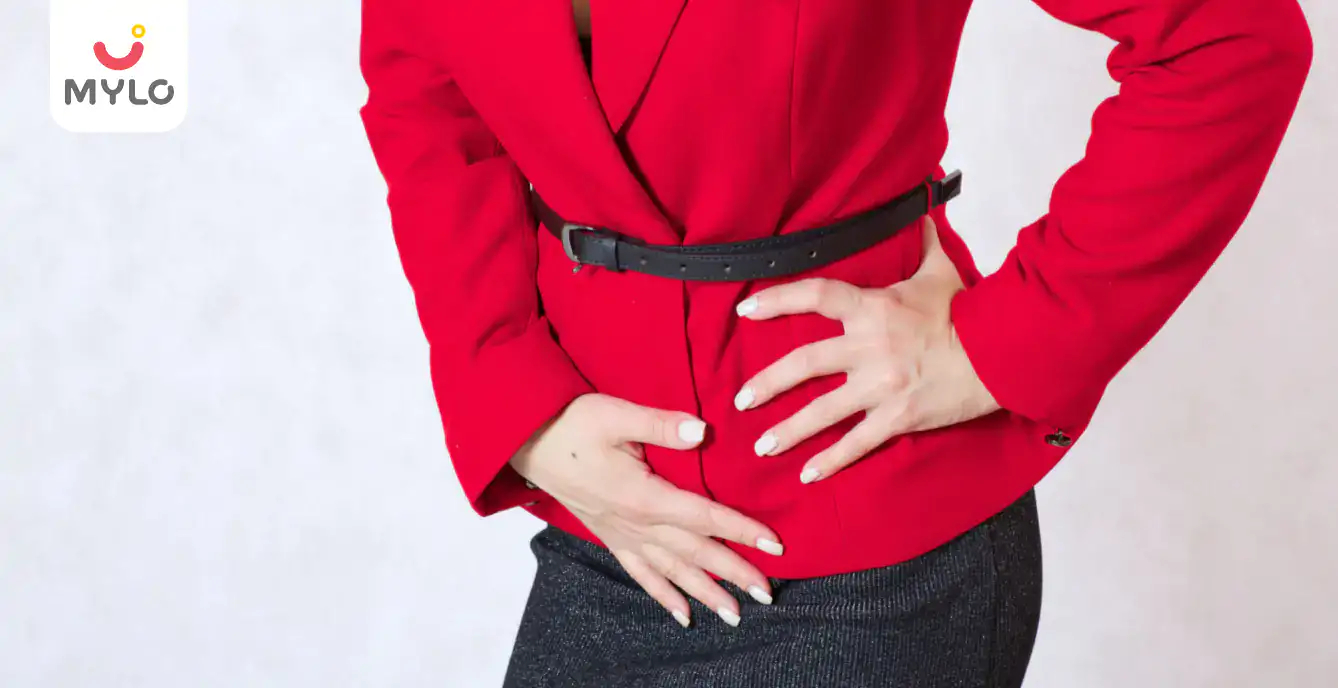 Bleeding During Pregnancy? What Does It Mean & Should You Consult A Doctor?

Pregnant spotting is frequent, especially in the first trimester, and is typically not a cause for concern. However, because bleeding can occasionally indicate something dangerous, it's crucial to be aware of its implications and to ensure you and your unborn child are in good health.

Within the first 12 weeks of pregnancy, about 25% of women experience bleeding. Bleeding during pregnancy in the early trimesters can be caused by:

During the first six to 12 days following conception, women can notice some spotting while the fertilised egg gets implanted in the uterine wall. Some women confuse this spotting for menstruation, which prevents them from realising they are pregnant. The bleeding often lasts a few hours to a few days and is relatively minor.

Intense cramping in the abdominal area and tissue flowing through the cervix are further signs of miscarriage.

The embryo implantation outside the womb in an ectopic pregnancy, typically in the reproductive tract. The woman's health may be in danger if the fallopian tube bursts due to the embryo's continued growth. Ectopic pregnancy only happens in roughly 2% of pregnancies. Intense cramping or pelvic pain, uterus, and dizziness are signs of an ectopic pregnancy.

It is also called gestational trophoblastic disease. In this rare illness, aberrant tissue develops rather than a baby. Rarely is the cell malignant and has the potential to spread to other major organs. Severe signs and symptoms and uterine enlargement that happen quickly are signs of molar pregnancy.

Dark red blood clots in early pregnancy or spotting during pregnancy might also result from cervical changes. Extra blood rushes to the uterus during pregnancy. Bleeding may occur after sexual activity or a Pap test contacting the uterus. There is no need to be tense about this kind of bleeding.

Bleeding in the first trimester can be caused by a cervical illness, vaginal inflammation, or a contagious illness such as chlamydia, gonorrhoea, or herpes.

Since it might indicate a problem with the mother or the unborn child, irregular bleeding in pregnancies in the later stages can be dangerous. If anyone encounters bleeding in the early second or third trimester, call the doctor as soon as possible.

Following are some potential reasons for bleeding in late pregnancy:

This syndrome develops when the placenta is lower in the womb and blocks the birth canal's entrance entirely or partially. One in 200 pregnancies in the late third trimester results in placenta previa. Even though it might not hurt, a bleeding placenta previa is an issue that has to be treated right away.

The placenta separates from the uterine wall before or during childbirth in roughly 1% of pregnancies, resulting in blood pooling between the placenta and womb. The mother and the child can be in mortal peril from placental abruption. Back pain, vaginal clots, uterine tenderness, nausea, and vomiting are other indicators of placental abruption.

Rarely, a pregnancy might cause a previous C-section incision to rip apart. An immediate C-section is necessary if there is a uterine tear since it can be fatal. A further sign of vaginal birth is abdominal pain and soreness.

In this rare circumstance, the placenta or umbilical cord's internal organs or those of the growing baby enter the vaginal opening. Vasa Previa can be highly harmful to the infant since the blood veins may burst, leading to severe bleeding and oxygen deprivation.

Late-stage vaginal bleeding may mean a person is getting due to giving birth. The mucus block that seals the uterus' entrance will emerge from the vagina a few days and weeks before labour starts, and it will typically contain some blood. Contact the doctor immediately if bleeding in pregnancy and labour starts before the 37th week of pregnancy, as one may be experiencing premature labour.

You may like: How To Stop Bleeding During Pregnancy? (mylofamily.com)

The doctor may advise patients to stay as still as possible and refrain from travel and exertion. One should undergo an ultrasound procedure to determine the potential reason for pregnancy bleeding. As part of a thorough examination, abdomen and uterine ultrasounds are frequently carried out simultaneously.