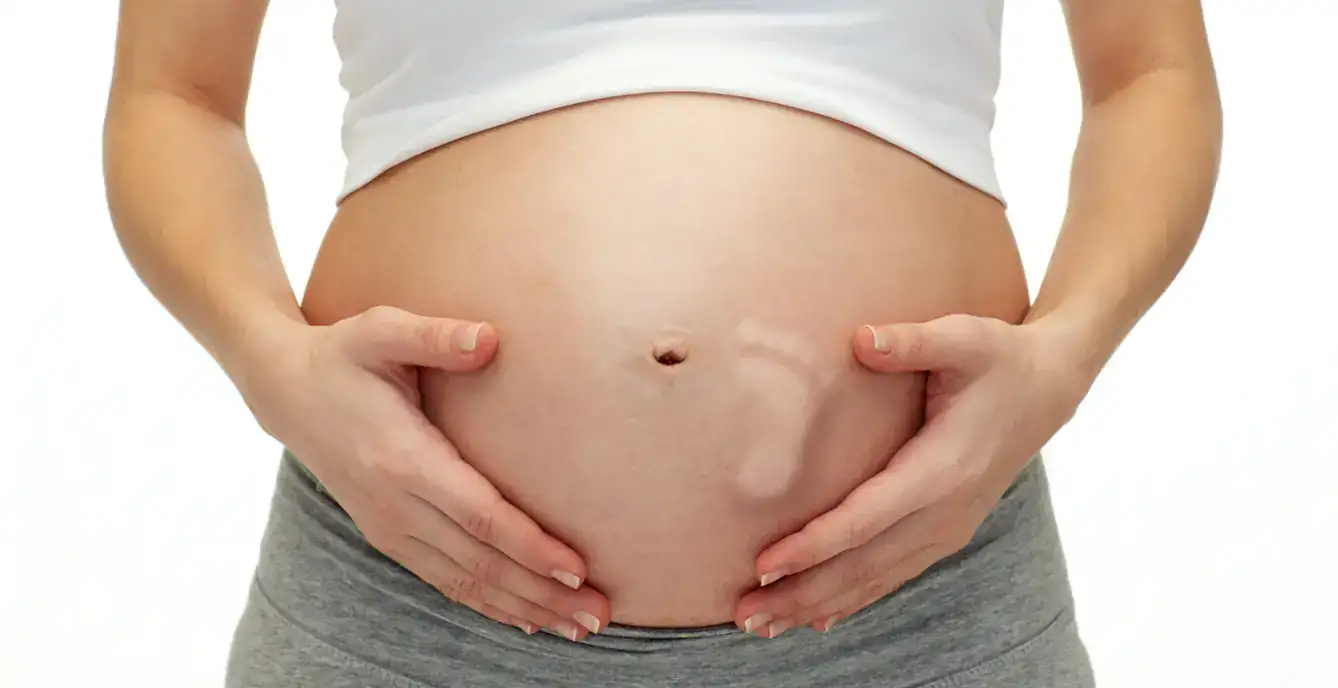 Feeling your first baby kicking? When babies are growing inside the womb, parents look forward to little things that indicate their health and well-being.

During pregnancy, parents look forward to little things that tell them their baby is healthy and happy in the womb. One of the signs that tells the parents that the baby is developing according to the schedule is quickening.

Quickening happens when the baby starts moving around in the womb. It generally occurs after the 17th week of pregnancy when mothers start feeling the kicks and other baby movements in the belly. However, in some cases, it might happen sooner or even later, depending upon the baby's development. However, it is entirely normal as long as it occurs between the 13th and 25th week.
Also, in some cases, if the mother has already given birth before, she might not even feel it happening, which doesn't necessarily mean that your baby is not well.

The main thrill in pregnancy begins with experiencing the baby kicks. The tiny punches, wriggles, and twists of a baby in the womb melt your heart.

Usually, mothers feel flutters, bubbles or twinges during quickening, which can often feel like gas. With time these movements become more prominent, and mothers can differentiate between gas and quickening. In the beginning, you might not feel these movements every day as your baby is still young and cannot move around too much. However, as the baby grows, you will start feeling frantic jerky fetal movements as the baby does not have enough room to move around. These movements are much more pronounced as the pregnancy progresses and women report rapid fetal movement in the third trimester.

When are you more likely to experience the fetal movement:

Kicking is the most visible sign that the little life inside you is growing properly. That’s why it is very important to count the baby’s kicks during pregnancy. Simply put, kick count is just counting the number of times a baby moves over a given period of time such as one hour. It is a good thing if the fetal kick counts are consistent but the reduced fetal movement is an alarming thing and can be a sign of trouble. A drop in fetal movement often also points towards a reduction in amniotic fluid or more worryingly a ruptured amniotic sac. Hence, pregnant women are strongly encouraged to monitor their babies so that any potential complication can be detected at the earliest and necessary medical intervention or help is provided. Regular monitoring of fetal movements by counting kicks becomes even more important as the due date approaches. During the 9th month of pregnancy, women need to count the kicks many times a day.

When should you start keeping fetal movement count?

Your doctor will most likely ask you to start counting kicks during the third trimester starting from the 28th week till the end of your pregnancy. You should count kicks twice a day, first in the morning and then during the evening.

Many babies have been saved and pregnancy mishaps averted as the mothers were alert about the baby’s kick counts and rushed to the hospital after noticing changes in kick counts and patterns. As an expecting mom, you should take kick counting seriously and follow your doctor’s advice about it.

The general rule of thumb - Not all babies kick the same way! Each one differs.

A matter of concern -

When you realize that the kick counts timings are changing swiftly from one kick to another or if you feel something suspicious within, report immediately to the concerned. Also, if you find no response from your baby for long hours, he/she might not be provided with enough oxygen supply. So, consult the doctor and treat it immediately.

Reasons behind the decreased fetal movement-