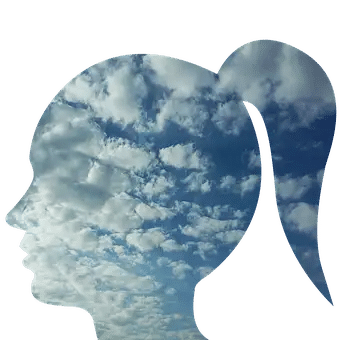 Postpartum depression is linked to chemical, social, and psychological changes associated with having a baby. The chemical changes involve a rapid drop in hormones after delivery. The actual link between this drop and depression is still not clear. But what is known is that the levels of estrogen and progesterone, the female reproductive hormones, increase tenfold during pregnancy. Then, they drop sharply after delivery. By three days after a woman gives birth, the levels of these hormones drop back to what they were before she got pregnant

Symptoms of postpartum depression are similar to what happens normally following childbirth. They include difficulty sleeping, appetite changes, excessive fatigue, decreased libido, and frequent mood changes. However, these are also accompanied by other symptoms of major depression, which are not normal after childbirth, and may include depressed mood; loss of pleasure; feelings of worthlessness, hopelessness, and helplessness; thoughts of death or suicide or thoughts or hurting someone else.

A number of factors can increase the risk of postpartum depression, including:

There are three types of mood changes women can have after giving birth:

How Is Postpartum Depression Treated?

Postpartum depression is treated differently depending on the type and severity of a woman's symptoms. Treatment options include anti-anxiety or antidepressant medications, psychotherapy, and participation in a support group for emotional support and education.

In the case of postpartum psychosis, drugs used to treat psychosis are usually added. Hospital admission is also often necessary.