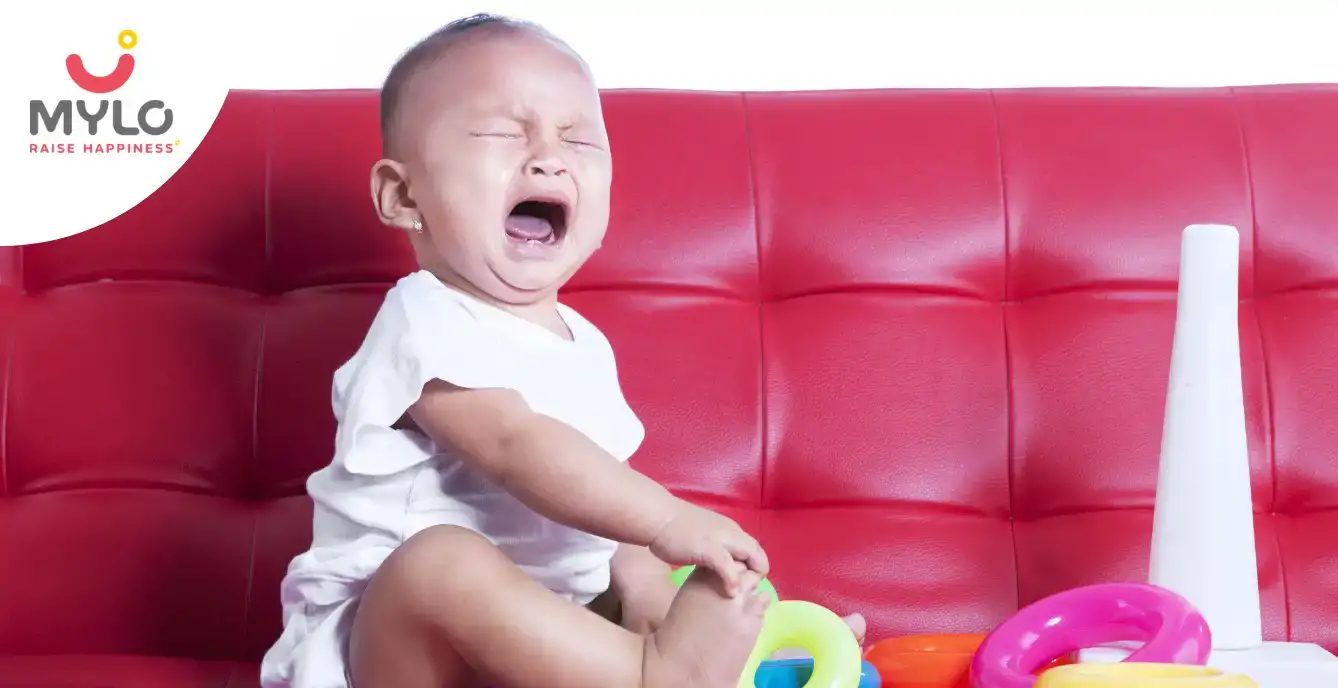 Your toddler is becoming a separate independent person with personal rights, and preferences. He no longer sees himself as part of you, so he no longer easily accepts your total control over his life.

However, he does not understand things very well yet. He often wants to do things which the adult world cannot allow. His efforts at independence inevitably lead to frustration.

How can I reduce his frustration without giving in to all his demands?

Self-control is a skill that your child will learn over time. As your toddler grows, he learns to manage his feelings and behave like the people around him. He'll also find it easier to understand and follow the rules you put in place.

Over time, he learns to control certain impulses. He'll realise that he has to wait and that things don't always happen the moment he wants them to.

Your toddler thrives on routine, praise and support from you. Help your toddler learn to think before taking an action. Help him to see that different choices have consequences. For example, if he eats all his chocolate now, there won't be any left for after lunch.

Encourage your toddler to talk about his feelings after he has done something, such as why he may feel sad or angry about something.

Because your toddler learns from the people around him, you are probably the best model for self-control. As he gets older, he'll learn that people behave differently in different situations. If he knows you'll be there for him when he's upset or frustrated, you'll help him learn to control his feelings.

You need only look at a nine-month-old gleefully tossing food around to know that babies don't have much self-control. We don't expect them to, either. But soon after your child's first birthday you can expect him to listen to you and at least try to do as you say.

As your child gets older he will increasingly look to you for guidance as to what is, and isn't, appropriate. Consistency and praise are the best ways to encourage good behaviour.

Of course, the rate at which children learn to cope with frustration and disappointment varies, as with all other areas of their development. They will get upset and angry about different things.

Try not to compare your toddler with others when he gets upset about something you think is trivial. The most important thing is catching him when he gets it right, and being calm and consistent yourself.

My toddler takes out his frustration on his toys. What can I do?

Your toddler might often get frustrated when the objects he tries to use refuse to behave as he wishes. This may be because he is not yet very strong and his fine co-ordination is still not always accurate. Or it could be that he is trying to get the toy to do something that it can't.

Battles with objects or with frustrating toys are often educational. Your toddler is finding out what things will and will not do and this is essential information for him.

He may be frustrated because he cannot force his square blocks into the round holes of a ‘shape sorter’ game. But the fact that square pegs will not fit into the round holes is something he must learn. There is no point in taking the toy away from him and completing it yourself.

By allowing your toddler to challenge himself with a frustrating task such as a shape sorter you also help him explore alternative problem solving techniques.

That said, keep in mind that too much frustration works the opposite way. If he often faces impossible tasks all alone and therefore often meets total failure, he will give up.

Be ready to step in and help when (and only when) you can see and hear that your toddler is becoming more and more frustrated and therefore less and less efficient. Even at that point, try to see what his problem is and to offer the minimum help that will enable him to succeed; just doing it for him is not helpful.

How can I encourage my toddler to express himself with words?

Between ages two and three, your child's verbal skills will develop significantly, which will make a big difference in his ability to control his behaviour. Language makes it easier to make his wants known without always acting on them. However, he will still need your support to express his emotions. Here's what you can do when your child seems upset.

Keep your composure
Don't overreact or get into a power struggle over your child's behaviour. Yelling, hitting, or telling your child he's bad won't get him to make positive changes to his behaviour – you'll just get him more riled up and give him examples of new things to try. But watching you control your temper may be the first step toward learning to control his.

Help him label his feelings
Wait until your toddler has settled down, then calmly and gently review what happened. Ask him if he can explain what triggered her outburst.

Emphasise (briefly!) that it's natural to have angry feelings and encourage him to find a more effective way of responding, like using words to express himself or asking an adult to help.
Help him understand his feelings by labelling them: "You feel angry because I told you it's time to put away your toys, and you want to keep playing."

Let him know you have the same feelings, too, sometimes: "It makes you upset when it rains and you can't go to the park? I feel that too as I don’t like to miss our playtime." Teaching children the words for feelings helps them learn how to express themselves.

By teaching him more words for his experience, he sees that there is a range to emotions, and he can learn how he needs to respond. But helping your child understand different emotions doesn't always have to be work. Here are some playful ways to do it:

Use the power of books
Reading and talking to your child helps him learn good communication skills. Narrating the events of the day and naming objects and discussing situations will help him understand a word long before he is able to say it himself.

That said, if your toddler's bouts of frustration and aggression happen more often than not or if he routinely frightens or upsets other children, or if your efforts to curb his behaviour aren't working, talk to his doctor.